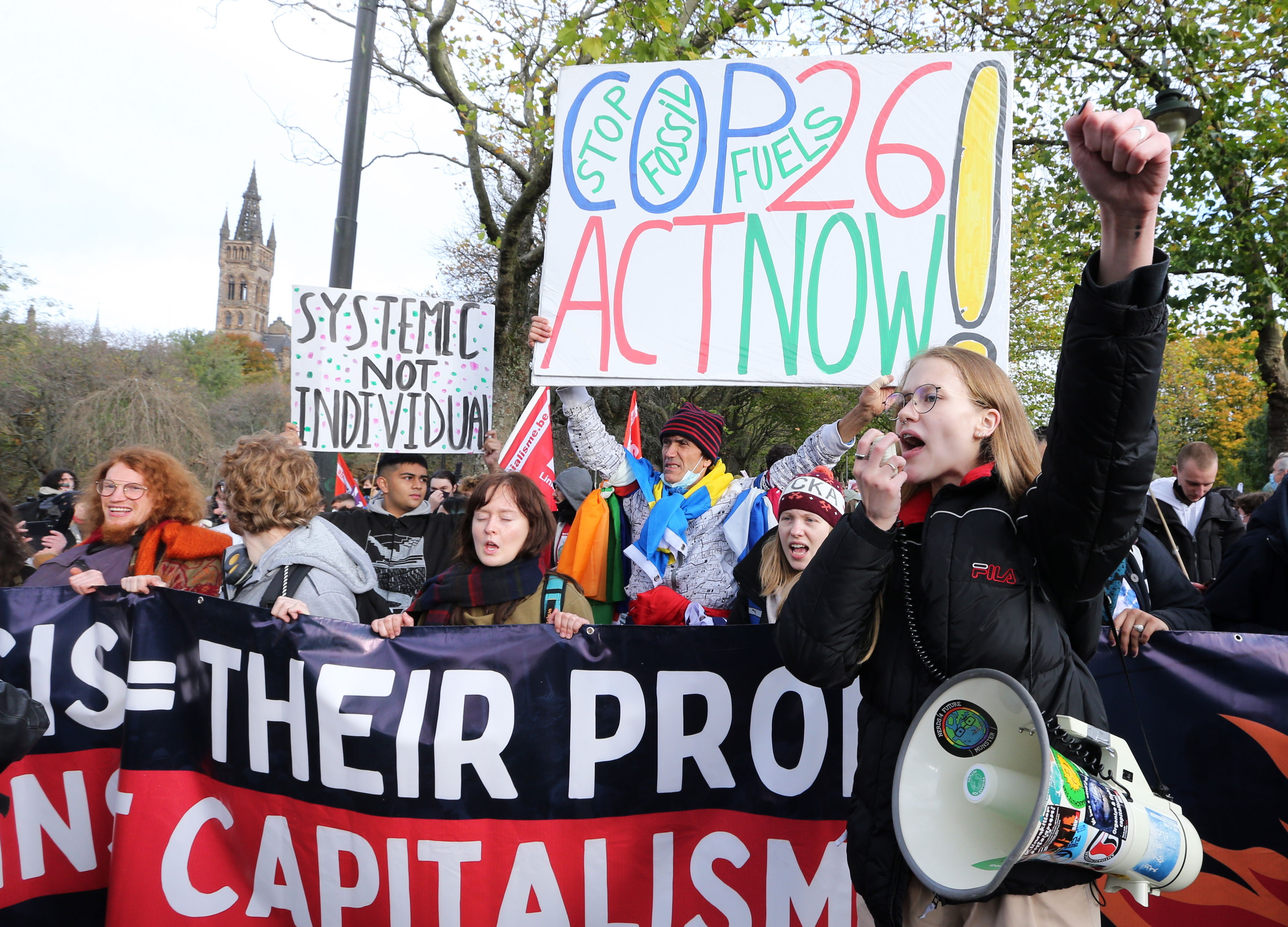 The United Nations Climate Change Conference (COP26) taking place in Glasgow could conclude with a major international agreement. But whatever successes are achieved in it, its results are likely to represent a strategic setback for humanity, at least when compared with the expectations of climate activists.

The world is missing one goal after another, which should come as no surprise: while a growing number of countries have set a goal to stop emitting greenhouse gases, very few have credible plans to meet them. And even if they reached current goals, it would not be enough to achieve the main goal of the climate agreement reached at the 2015 Paris summit: limiting global warming to 1.5 ° C above pre-industrial levels.

In fact, the latest report of the Intergovernmental Panel on Climate Change warns that the planet is likely to reach the 1.5 ° C limit in the early 2030s. As long as multilateral commitments are defined by nationalism, competition between powers and emotions, Instead of solidarity, law and science, our future will be increasingly bleak.

Climate change is as big a threat as an alien invasion

In the middle of the Cold War, the American television series Beyond the limit told the story of a group of idealistic scientists who made believe in a fake alien invasion to Earth, in the vain hope of avoiding nuclear Armageddon if the world were given a common enemy to rally against. By this logic, faced with the prospect of extinction, the Soviet Union and the United States would shift from being focused on competition to seeking survival together.

Today no one has to invent a common cause. Climate change is as big a threat as an alien invasion. But, far from pulling national leaders out of their petty powers, it has become a weapon in a multifaceted propaganda war. From Brazil to Australia to China and the United States, countries are trying to rig climate negotiations to make others bear the costs of adapting.

For example, the Brazilian government is trying to get the world to pay it to stop destroying the Amazon forest. Chinese President Xi Jinping will participate in COP26 only by video and Russian President Vladimir Putin may not even be there.

Meanwhile, advanced economies – including those that proudly announce their commitment to climate action – have broken their promise to donate $ 100 billion annually to support the climate transition in the Global South. Even if they complied, it wouldn’t be enough.

Developed economies are finding increasingly coercive ways to shape the behavior of other countries. The commitments of most Western and multilateral development banks to stop financing coal (which China has just joined) restrict options for expanding the electricity matrix in developing countries where energy demand is growing. exponentially.

Some influential countries have also urged the International Monetary Fund to put green conditions on debt relief for poor countries, as well as their new allocation of special drawing rights (the IMF’s reserve resource). And the European Union’s Coal Border Adjustment Mechanism – a non-trade barrier that aims to force exporters to Europe to switch to green production – disproportionately affects small emitters in Africa and eastern Europe who have a lot to lose.

By this I do not mean to downplay the importance of carbon bans, green finance and carbon pricing. But that does not mean that we can ignore the very serious consequences for developing economies. Instead, we have to create a new great covenant that focuses on supporting adaptation in the developing world.

More generally, we must ensure that any multilateral agreement we reach to tackle climate change is governed by international law, rather than depending on the will of individual countries. And decision making should be guided by scientific truths, not political slogans.

The Kyoto Protocol, adopted in 1997 and a predecessor to the Paris climate agreement, was in line with this approach: it was a multilateral treaty with legally binding international targets determined by the best scientists on the planet. However, it also had many flaws, and it didn’t go very far.

The Paris agreement took a very different tack. It was hailed as a triumph, because the hopes of reaching any kind of understanding were so low. But it had a major weakness: It was based on non-binding commitments known as Nationally Determined Contributions (NDCs). Countries were able to follow the energy policies they had already decided on, while pretending to collaborate to tackle climate change together. Not surprisingly, the current NDCs are completely insufficient to achieve the goals stated in the agreement.

COPs have made important contributions to the climate fight, although they are often procedural and boring and technical.

There is no doubt that COPs on climate change have often made significant contributions to the climate fight, although they are often procedural, boring and technical. However, exhibitionism and political competition between powers have hampered real progress. And often the surrounding media and civil society circus – with the intention of enforcing transparency and accountability – has hampered negotiators’ ability to reach concrete results.

More fundamentally, past climate summits have failed to produce a global governance model that can limit competition between powers, not to mention forge a minimal sense of common destiny between countries. There is little reason to believe that this time it will be different.

Of course, the problem extends beyond the UN Climate Change Conferences. While economic globalization has lifted millions of people out of poverty, it has also generated a growing concentration of wealth. In this context, efforts to promote common interests may become less attractive, as they produce asymmetric rewards.

If we add to that the psychology of envy unleashed on social media, it becomes much more difficult to remove people from their place of relative privilege in the social order to seek the common good. These trends have undermined faith in the power of government and fueled pessimism about the possibility of reaching any solution.

The result is what political scientists call a collective action problem. Both rulers and citizens conclude that the most rational short-term strategy is to defend the cause from the outside and wait for others to solve the crisis. Meanwhile, the planet is burning.

Mark Leonard He is the co-founder and director of the European Council on Foreign Relations and the author of The Age of Unpeace (Bantam Press, 2021).

‘Dr. Brain ‘, the South Korean bet of Apple TV + after the success of’ The Squid Game ‘| TV