Is a system of healing stimulating the body’s inherent power to regain health with the help of five great elements of nature-Earth, Water, Air, Fire, and Ether? Naturopathy is a call to “Return to Nature” and to resort to the simple way of living in harmony with the self, society, and environment. 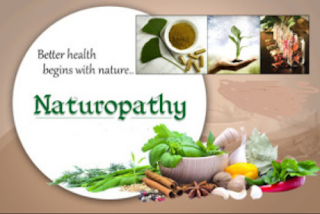 Naturopathy provides not only a simple practical approach to the management of diseases but a firm theoretical basis that is applicable to all holistic medical care and by giving attention to the foundation of health; it also offers a more economical framework for medicine of future generation. Though the basic nature cure deals only with Pancha

countries with “Water cure”. The water cure was synonymous with Nature Cure in those early days. The credit of making Water cure world-famous goes to Vincent Priessnitz

(1799-1851) who was a farmer? Dr. Henry Lindlahr and others go to the extent of crediting him as “Father of Naturopathy”.

The word “Naturopathy” has been coined by Dr. John Scheel in the year 1895 and was propagated and popularized in the western world by Dr. Benedict Lust. A number of Doctors of modern medicine and others became Nature Cure Enthusiasts and gradually added a number of modalities within the fold of Naturopathy and scientifically developed them. Nature Cure movement gained momentum in India as Mahatma Gandhi, “Father of the Nation” became much interested in this system and included it in his programs. He has also

established a Nature Cure Hospital in Uruli Kanchan, Distt. Poona, Maharashtra which is still functioning. Naturopathic medicine is a system of primary health care that emphasizes optimal wellness and health, disease prevention, and patient education. While in practice naturopathic.

Physicians treat acute and chronic conditions, the primary focus of naturopathy is to support the body’s inherent abilities and empower the patient to make lifestyle changes necessary to maintain optimal health. Through in-depth history taking, physical examination, and clinical andlaboratory optimal, naturopathic physicians diagnose disease, uncover individual and familial risk factors, and strive to understand the patient as the totality of body, mind, and spirit.