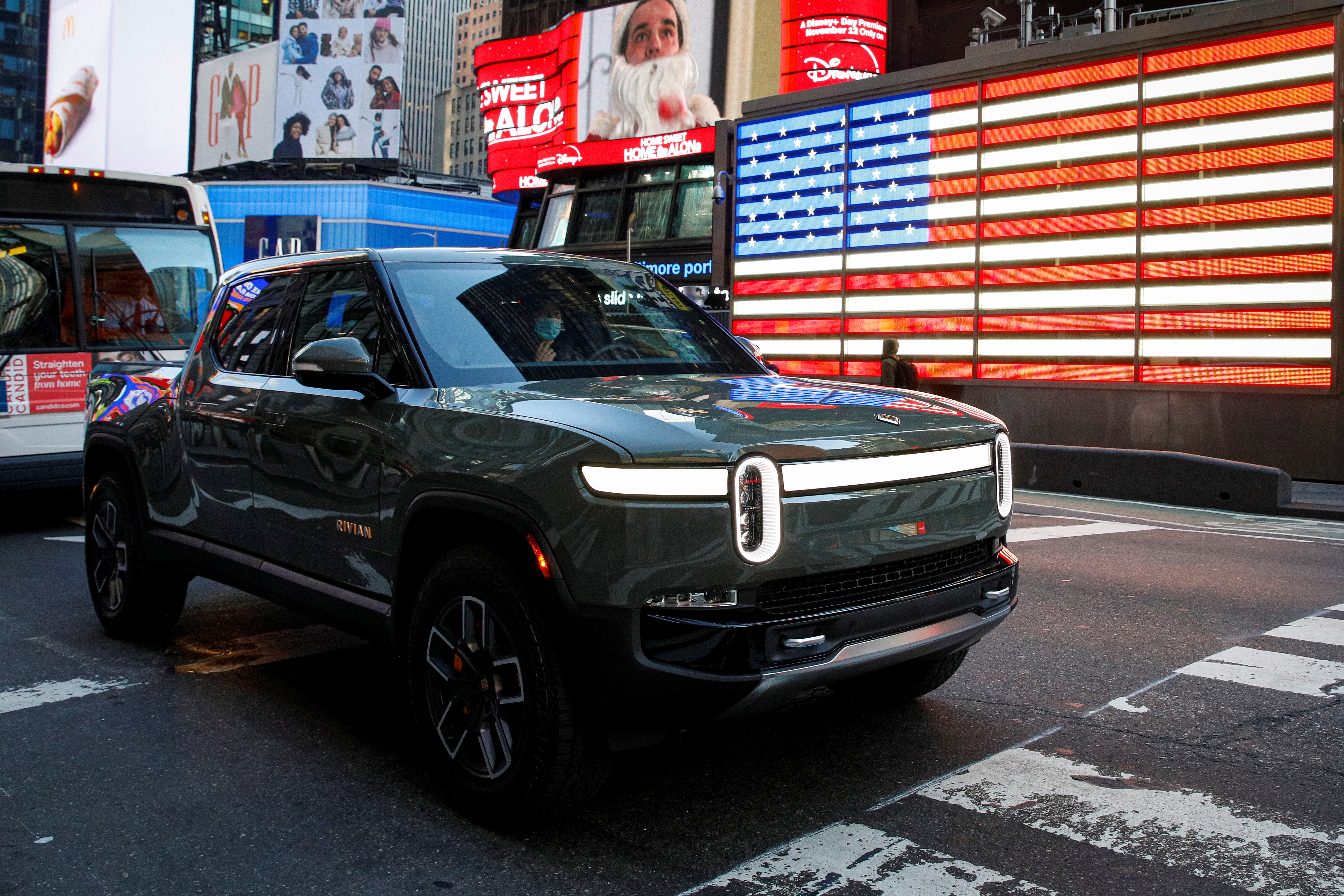 The electric car has become one of Wall Street’s favorite toys. Tesla has been demonstrating it for a few months, and it has been more than proven again by Rivian, an electric vehicle manufacturer that has only delivered 156 trucks of its R1T model until October, most of them to employees, but which investors have already boosted. to a position of honor in the North American automobile industry.

The firm starred in the biggest debut on the Stock Market of a US company since Facebook in 2012, thanks to which it has raised almost 12,000 million dollars (about 10,500 million euros). The starting price was $ 78, but in a matter of minutes its price exceeded $ 119, with revaluations that reached more than 50%. Strong demand for its securities eventually left its valuation at $ 100.73, 29% above the starting price. That means a valuation of more than 98,000 million dollars, which makes it the second largest company in the sector in the US, only behind the untouchable Tesla and leaving behind two historical ones such as General Motors and Ford.

Investor faith is due to several reasons. Although vehicle deliveries are still symbolic, Rivian has already received 55,400 orders (which will not be completed until the end of 2023), according to its go-to-market brochure. To these must be added that it will manufacture 100,000 delivery vans for Amazon, thus benefiting from the attempt of the company founded by Jeff Bezos to transform its fleet to clean energy. And the presence in the shareholding of renowned partners such as the aforementioned Amazon – which owns 22.4% of the firm, which makes it the main shareholder – and Ford, which has 12%, adds an extra dose of confidence in the company. draft.

The rest are almost all expectations. The market has seen Tesla take off to exceed a trillion dollars in stock market valuation, positioning itself as the sixth largest company in the world – it only has Microsoft, Apple, the Saudi oil company Aramco, Google and Amazon ahead. And in the middle of the boom of the stock markets, thanks in part to the tens of millions of checks issued by the Joe Biden government and the cheap money policy of the Federal Reserve, investors seek to replicate the same logic with Rivian, the latest promise of the electric car world, and just a newcomer to the Nasdaq tech index.

Promises of the future

The company already has a structure in place. It has 6,000 employees, and in the information submitted to the US regulator it claims to have the capacity to manufacture 150,000 vehicles per year. But his numbers are still hot red: he will lose $ 1.28 billion this quarter. And it is a long way from other big manufacturers that it has already surpassed in value: General Motors sold 6.8 million vehicles in 2020. And Ford 4.2 million. The high beams of the market, however, do not take into account the losses of today, but the benefits of tomorrow and there they place Rivian in a much more privileged future position in the hypothetical electric world to come, which aims to banish fossil fuels and pollutant particles from the exhaust pipes.

Before Rivian’s overtaking, the CEO of General Motors, Mary Barra, said at an event organized by The New York Times That proves that your company is clearly undervalued. But the preferences of investors in the sector are disconnected from any criteria based on sales: Tesla is worth as much as its next nine rivals combined, including Rivian, even though it sold just 500,000 cars last year.

Other manufacturers of electric cars such as the Californian company Lucid Motors also appear well placed in the race to gain a foothold in that market that sooner or later seems destined to be dominant, although the arrival of a new and fierce competitor did not sit well with them. Lucid Motors shares fell 10% on Wednesday.

Two years with changes that will last | Spain