facebook.com, 198138748389046, DIRECT, c3e20eee3f780d68
Home Banco de España The Bank of Spain may remove the directors of the entities if it suspects that there is money laundering | Economy
Banco de EspañaBanco SantanderBancosBlanqueo capitalesBrecha salarialEconomíaGobiernoRetribución variable 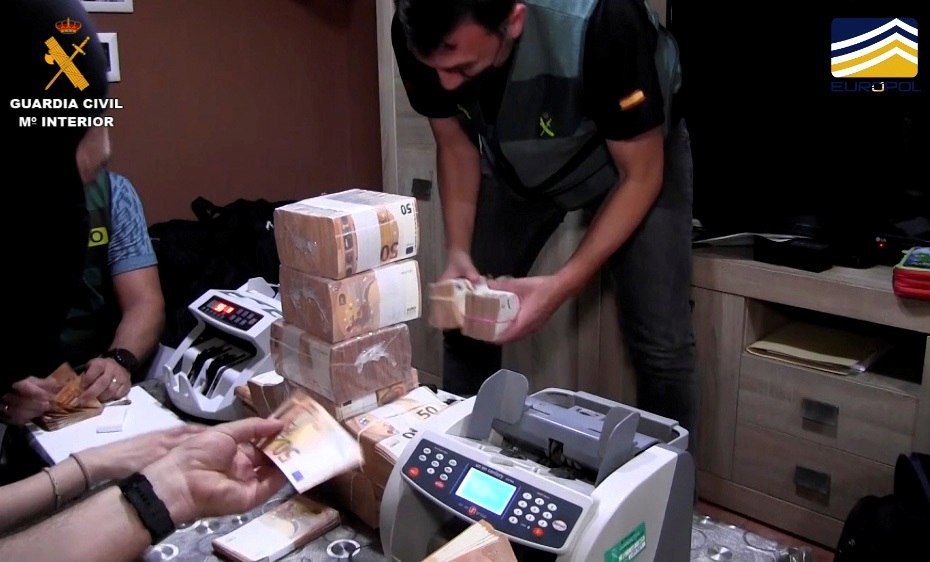 The Government has approved a royal decree that transposes two European directives of 2019 on “management, supervision and solvency of credit institutions” and “prudential supervision of investment services companies”. The new legal text it retouches, over 36 pages, a good part of the 95 articles of Royal Decree 1644/1997, of October 31, which affect multiple aspects of the financial field.

Among the novelties, the legislation on money laundering stands out, since it tightens control over this activity and grants the ability to dismiss bank directors when they suspect that they have carried out or tried to carry out a money laundering operation. The supervisor will also monitor whether there is a gender salary gap in the banks and establishes that the collection of the variable pay from the directors be delayed from three to five years.

Thus, paragraphs 1 and 2 of article 29 of the previous royal decree are modified and now it says: “The members of the board of directors, as well as the general directors or similar and those responsible for the internal control functions and other key positions for the daily development of the activity of the credit institution, they must comply with the requirements of good repute, experience and good governance ”. The assessment of the requirements can be made by the entity itself, the acquirer in case of sale and, above all, the Bank of Spain or the European Central Bank (ECB).

Will act when there is a risk of money laundering

The new text adds that this review of the directors may come “when, in the presence of well-founded indications, it is necessary to assess whether the suitability is maintained in relation to the members in office, especially, when there are reasonable indications to suspect that they are being carried out or attempting to perform, or have performed or attempted to perform, operations of money laundering or terrorist financing or that there is a greater risk of such operations being carried out in relation to said entity, financial holding company or mixed financial holding company ”.

Financial sources consider that the legislator intends to discharge all responsibility for these money laundering cases – whose fines are considerable and have affected highly relevant Spanish entities, such as Santander – on the board of directors as the bank’s highest control body. The sources emphasize that the supervisor’s great capacity to act could terminate a director, by withdrawing his suitability, only in the face of “a greater risk” of money laundering being carried out.

The importance of monitoring the control of illicit money is manifested in the fact that the supervisor will include the entity’s actions in this chapter to determine the bank’s risk profile. With this novelty, the emphasis is on strengthening control from all internal organs of the banks because if the ECB or the Bank of Spain raise the risk profile, in parallel, the capital requirements will increase.

Control of the gender gap

The new text also develops and enables the internal framework guidelines with which the authorities must be informed when a bank is operating in several countries. It is sought, add the market sources that know the royal decree, that international cooperation is increased in the information on these crimes. In the Spanish case, this aspect will cover Santander and BBVA, whose presence is in more than a dozen geographies.

On the other hand, one of the novelties is that article 40 is modified, which refers to the “surveillance of remuneration policies” and establishes that “the Bank of Spain will collect and transmit to the European Banking Authority the information published by the entities , as well as the information provided by the entities on the gender pay gap. This information will be used by the Bank of Spain to compare trends and practices regarding remuneration ”.

In the cases in which it verifies that this gap exists, the supervisor will ask for more detail and will carry out an exhaustive control to locate in which salary bands this difference in remuneration occurs. It will ask the entity to end the gap, claiming that for the same task and qualification, the remuneration is similar. If the entity does not correct this deficiency, it could raise the bank’s risk profile, which translates into increasing the required capital.

Delay in the collection of the variable

The text also indicates that “the number of individuals in each entity who receive remuneration of one million euros or more per year” will be followed and that “their responsibilities will be included in the position they occupy, the business scope involved and the main components of salary, incentives, long-term bonuses and pension contribution ”.

Finally, another modification refers to the collection of variable pay from senior officials from banks and board members. It is established that this deferred remuneration, which is 40% of the total, will be charged in a period of four to five years; Until now it was fixed in a period of three or five today. In practice, it means preventing it from being collected in three years. In addition, for the members of the council it is established that the collection must be made after five years. Until now they could charge between three and five years.

Two years with changes that will last | Spain

Two years with changes that will last |...