What is a computer monitor?

Monitor a lot more important Output device is. Whatever data or instructions are inputted by the user to the computer, the result of the user gets the output through the monitor.

What is a computer monitor? (What is Monitor)

A monitor is an electronic device. this one Hardware device As well as the Output Device. It is also called the Virtual Display Unit.
A monitor is just like a TV in appearance. this CPU (Central Processing Unit) Shows all processes running inside as soft copy on its screen.
One without a monitor Computer completely Is considered incomplete. It is an important part of the computer. Because without the monitor the computer will start, but without it, you cannot do any work on the computer.

The monitor has a screen in which the result of the input given by the user is visible. Since it displays all the information on the screen of the drug to the user, it is also an output device.

The monitor is an electronic display device. The computer has a hardware and output device. Its task is to display the user interface of the computer. It displays computer-generated video and graphics information through a video card.

The term monitor is often used synonymously with a computer screen or display. It is an electronic virtual computer display consisting of a screen, circuit board, and a case in which the circuit is attached.

A Computer Monitor is an output device that displays information in pictorial form. A monitor usually comprises the visual display, circuitry, casing and power supply. – Wikipedia

A computer monitor is just like a TV in viewing. But for a computer, there is a very important and necessary device. Without this, you cannot work on a computer.

What is the full form of monitor?

When and who invented the monitor?

The cathode ray tube is like a cylinder, which is an important part of the picture tube. It virtualizes any frequency achieved through connectivity and displays it on the screen.

What are the types of monitors?

In today’s time, most people use the desktop as a computer. However, different types of monitors are available in the market which comes in different designs, sizes, and designs.

Here we are talking about some of the main types of monitors, some of which were used before, and some are still being used today. Let us know in detail about the type of monitor.

The CRT monitor has a full-form Cathode Ray Tube Monitor. This type of monitor uses CRT technology. This technology is also used in making television screens.

This type of monitor uses CRT technology to display images or images. And to make this CRT a Vacuum Tube, Deflection Circuit, Electron Gun, and Glass Screen are used. 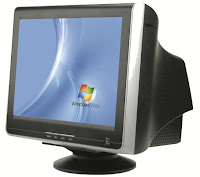 When electrons start to produce inside the CRT, the screen is bombarded by these electrons. High energy electrons are used to display images in the CRT’s Fluorescent screen.

By the way, you must have also seen, earlier television used to have a picture tube. CRT technology is also used in that too. Therefore, they were also very heavy.

They used to weigh a lot and they also used to consume electricity very much. Even today you can find CRT Monitor in many government offices.

These monochrome pixels are arranged systematically between transparent electrodes and two polarizing filters. 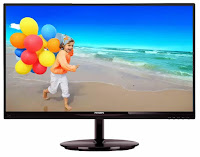 In this, all the numbers of light are polarized and passed in the liquid crystal layer to create an optical effect. After which there is a graphics image form on the screen.

These types of monitors consume very little energy and provide much better graphic quality. In today’s time, the most popular and used monitor is the LCD.

LCD monitors are lightweight and weigh very little. They can be easily placed in a little more space, they do not require much space.

The full form of LED is Light Emitting Diode. It is the latest type of monitor of today. Like LCD, it is also a monitor with a flat panel display.

The LED monitor has a flat panel and slightly curved display and uses light-emitting diodes for backlighting. 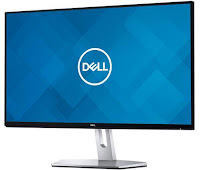 The most important thing about this type of monitor is that images of higher contrast are produced in it. And apart from this, when it is disposed of, it does not even read much of the negative environmental impact.

The design of this type of monitor is very thin. It does not produce much heating. And it consumes very little power. And it is also more environmentally friendly.

It is very durable and durable. Its durability is much higher than that of CRT and LCD. It consumes very little electricity, so it is also called eco-friendly.

The full form of OLED is Organic Light Emitting Diode. It is also an LED monitor display, but it is slightly different and advanced, and much better.

It is also a monitor for the latest technology. It is made using organic material (eg, wood, plastic, polymers, carbon, etc.), which is used to convert electric current into light.

OLED monitors do not require a backlight, as it is so capable that it can produce all kinds of different colored light to produce the right color.

And so it saves electricity as well as space. This technology is also used in smartphones, TV screens, game consoles, and PDAs.

Its picture quality is much better and better. OLED monitors are considered to be the best display technology ever.

The plasma monitor is a high contrast screen display, it has very high brightness and vibrant colors.

In this, tiny colored fluorescent lights are illuminated to create an image. After which an image is created in its display.

It consists of red, green, and blue, each pixel with three fluorescent lights. Which produces many different types of colors.

Plasma displays are much more expensive than LCD and LED, so today plasma displays have become very less in the market. They are thinner than CRT monitors and have higher brightness than LCDs.

How does the monitor work?

A monitor is a very important device of a computer, in the absence of which a user cannot do any kind of work on the computer.

A monitor is a virtual output device, it shows the image, picture, and text, etc. to the users for real-time results. With the help of which any user knows easily by interacting with the computer.

The main function of the monitor is to display, so it is also known by many different names, such as – display, screen, visual unit, video screen, video display, etc.

The computer has a graphic card, which sends the information inputted by the user to the monitor. And the monitor displays that information on its screen.

Any data or instruction inputted by the user is processed by converting it to CPU (Central Processing Unit), Binary number (0 and 1), and then forwarding it.

After which the graphic card converts that data or instruction from binary information into an image. And sends the same image to the monitor, after which the screen is displayed.

So guys, now you know everything about a computer monitor, What is a monitor? What are the types of monitors? And so on. You will now have complete information about the monitor.

I hope you liked this article. And you have understood all the things I have said. If you still have any questions, you can ask us by commenting.

What is the Booting

How many buttons does the keyboard have? (Desktop...

What is the motherboard? and how does it...

What is UPS? UPS full information